• Controls up to six AC Infinity Cabinet and USB fans 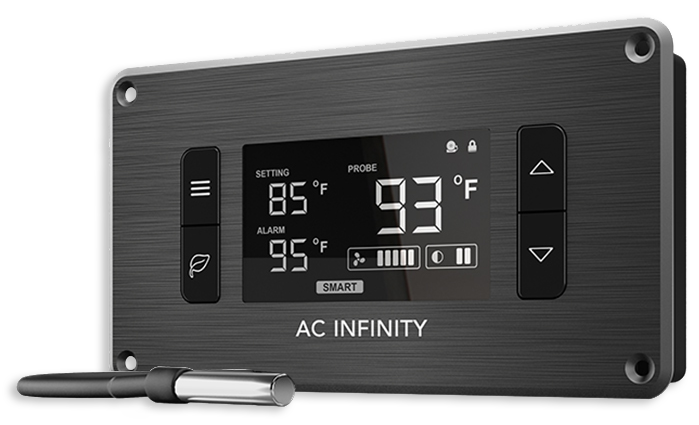 The Controller 2 is designed to control AC Infinity AIRPLATE Series cabinet fans and MULTIFAN Series component fans. The unit measures 5.2 by 3.1 by 1.1 inches, and contains a back lit LCD digital display, which can display Fahrenheit or Celsius.

Its metal frame features a brushed anodized aluminum finish and can be mounted onto wall panels and cabinets up to 1.25 inches thick. On the back side are two USB fan ports, one power port, and one thermal probe port. Includes a 6-foot precision thermal probe that is water resistant. Operating temperature can be set between 32 to 140 degrees Fahrenheit. Complete kit includes thermal controller, mounting screws, plastic stencil, instruction manual, and 100-125V AC wall adapter.

The Controller 2 can power up to 10 watts worth of AC Infinity AIRPLATE and MULTIFAN Series fans. This is approximately six fans but please note that some models contains more than one fan. For example, dual fan systems such as the AIRPLATE S7 or MULTIFAN S5 contains two fans. The controller would only be able to power up to three of these models for a total of six fans. Other 5V USB fans can be compatible but may not be fully functional with the speed control feature. 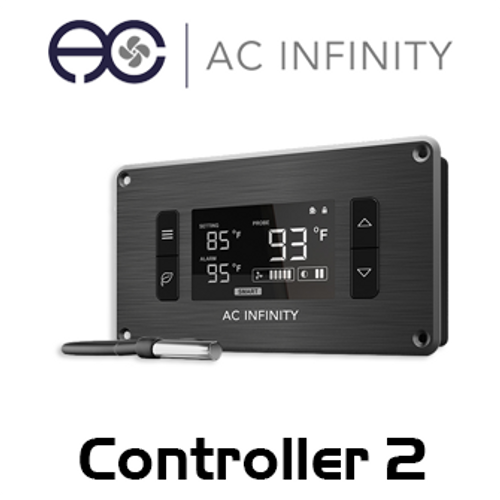